Home » How to Make Methanol: Fuel When You Need It | Survival-Mastery

Eliminating the middle man and becoming more self-sufficient is a goal we would all like to achieve. We see many people returning to the idea of subsistence farming and off-grid living.

So, what about fueling your car with an alternative energy source? How about learning how to make methanol yourself so that you never need to worry about fuel again?

Some people might call it a crazy concept, but survivalists know how important it is to be prepared for the unknown, and having a fuel source can prove very valuable!

Methanol is used as an alternative fuel in a few other countries. It can be combined with gasoline or utilized on its own.

It was first produced through wood distillation, which earned it the name “wood alcohol.” Today, there are several ways to produce methanol; some more complex than others.

Once you learn how to make methanol fuel, you should build up your supply and replenish your stock as needed. Some methods of methanol production include the use of carbon dioxide and renewable energy sources, making them considered a form of carbon recycling by some experts.

There are several benefits to using this alternative fuel. Understanding these benefits may encourage more people to consider this type of fuel.

While the advantages are significant, it is also important to understand the disadvantages.

Apart from fueling vehicles, there are several interesting uses for methanol. Wastewater Denitrification – Methanol is added to water streams to help remove nitrogen. This is significant because, at this point, wastewater is being treated with ammonia. As a result, ammonia interacts with wastewater, which results in high nitrate levels.

Ammonia-treated wastewater can never be released back into the environment because of the devastating effects of these nitrates, but methanol can help solve this problem.

Electricity Generation – This is another possible use for methanol. Several companies are working on methanol-powered turbines as an alternative energy source.

Biodiesel Production – Methanol is also used in the process of biodiesel production. Its role is to break down the various oils.

Many people buy methanol, while others prefer to make it themselves. Making it yourself means you don’t need to worry about running out of fuel as long as you have raw materials on hand, along with the proper equipment.

What Supplies Will You Need?

Always wear the appropriate clothing and protective wear. Methanol can be dangerous when inhaled, and it can also affect your eyes and skin, so make sure that you invest in durable protective wear.

The smaller the wood, the easier it is to extract the methanol. This is because of the way the heating process works. Many people use wood shavings, so make sure the wood is as small as possible.

Once you place the wood in the Still, secure the lid and make sure a tube leads from the Still to the holding container. You must use the right kind of tubing because of the high level of corrosion. The hose may also need to be replaced from time to time, so it’s essential to check and test the hose before each use.

Heat the still with an open flame. The wood inside will heat up as a result, but it won’t burn as if you were lighting a fire. The Still is essentially inhibiting the combustion process from extracting the methanol. If you burn the wood, it will ruin the process.

The methanol will rise in a gas form, which is warmer than the air around it. Just like hot air will form condensation on a window during the winter, the gas from the wood will rise to the cooler air at the top of the Still and the condensation process will begin. The liquid methanol will drip down a pipe or tube into the receiving container until the process is complete.

It’s important to understand that, like any fuel, there are storage guidelines for methanol. It’s important you consult with your local Fire Marshall and check building codes before storing methanol.

The amount you are permitted to store is subject to strict regulations. Below are some of these requirements.

It’s essential that any other flammable, corrosive, or hazardous substances are kept far away from your supply of methanol. Depending on how you store your methanol, it can “keep” for a reasonably long time.

Check your stock regularly for any potential problems or leaks. The sooner you notice any issues, the better your chances of preventing significant damage.

Remember that methanol attracts and absorbs water, which is why you need to keep it tightly sealed when stored. Once you open the container, you will need to use its contents as soon as possible since the seal has been broken and it has been exposed to the humidity in the air.

In Case of Emergency

Due to fire risk, it’s essential you keep fire extinguishing equipment on hand. Methanol burns with a non-luminous flame, making it tough to see in well-lit areas.

If you use water to extinguish a methanol fire, you’ll need about four times as much as you need for a standard fire. The safest retardant is alcohol-resistant foam (AR-AFFF).

If you are planning on making your own fuel, you should follow the correct safety procedures.

You never know when our current fuel resources will run out, and as soon as fuel starts to run low, you can expect people to panic. It’s these moments when your fuel supply will become valuable.

That said, it’s always important to use your store and replenish it. Don’t build up a collection and let it go unused. Once you use a few tanks, get ready to replace them with more so that you never run out. It is important to rotate your fuel. 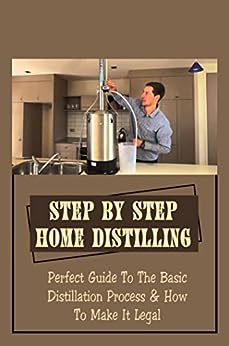 Some of the links in this post are affiliate links. This means that if you click on one of these links and make a purchase, I earn a small commission at no extra cost to you. Also, as an Amazon Affiliate, I earn from qualifying purchases. Thank you.

ShopSolarKits.com – Shop Here for Big Discounts on Solar Generators for the month of July.

RENOGY – Summer Sales! Save up to 29% on best selling solar panels and batteries.