Home » Best Rainbow Trout Bait: Know The Trout and Lure It in It doesn’t really matter what you’re fishing for, as long as you respect the basic principles of catching a fish by relating to its diet. So if you want to catch a rainbow trout, you should first know all about its eating habits in order to get the best rainbow trout bait.

That’s what will help you with in this article, by letting you know all about how and what this sort of fish eats. Then, we’ll be able to draw some conclusions regarding the most appropriate sort of lure you can use for it.

What A Rainbow Trout Eats

The most important things you should know about the trout’s eating habits regard:

The bait you’ll have to use bears the most resemblance to the actual food the trout eat. And fishes eat the kind of food they can usually find where they live, so you’ll have to take that into account as well. For instance, some trout live in rivers and they really love minnows. 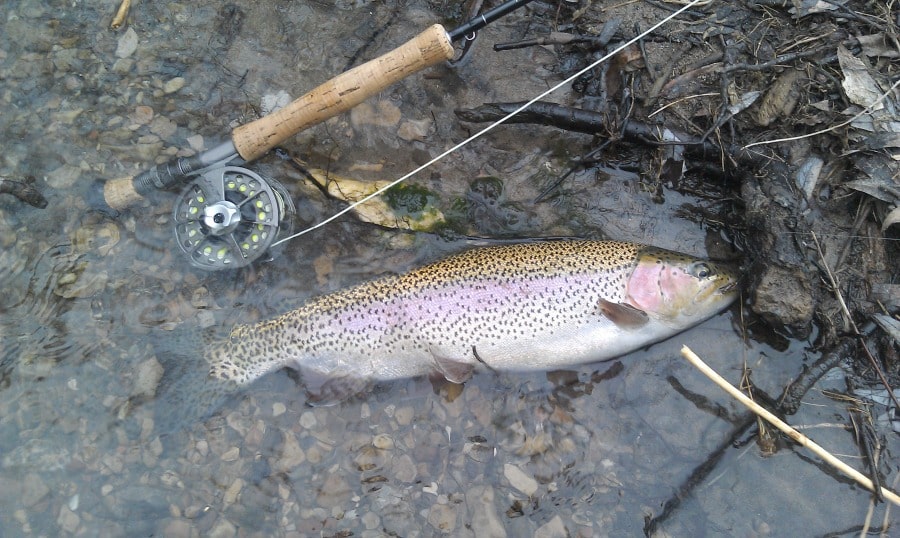 But the trout that live elsewhere may not like minnows seeing as they don’t know what they are and haven’t eaten them before.

Trout will generally eat what a predator goes for in the wild, like:

The reason lies in the erratic movements done by small fish and nightcrawlers when they’re afraid, which attract the predators.

Basically, trout never say no to a good chase seeing as their instincts are triggered by motion and by bright colors. Even something shiny as a chocolate wrapper that imitates motion, by how it reflects light can catch the trout’s eyes.

Trout are vastly influenced by odor

Smell is something else to consider, seeing as the predatory instinct of trout is generally awakened by a nice smell. It can either be the fresh smell of a live bait that emanates fear hormones, or the putrid stench of a bashed up small fish that can be carried by the water currents. 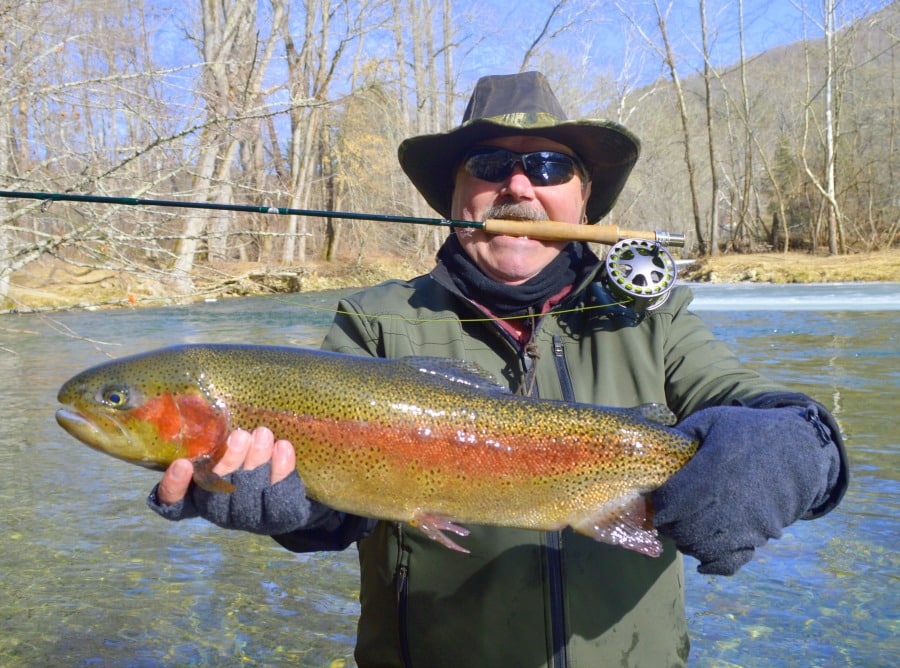 Either way, when the trout smell food, they come and get it.

The Most Effective Baits

That being said, the best bait for rainbow trout are:

If you want to successfully lure a rainbow trout, try worms, it will work like a charm because:

The downsides of using nightcrawlers for bait can sometimes deter anglers from using them, since:

You can effectively use nightcrawlers as bait by following these steps:

There are also some tricks that might help you catch more rainbow trout with nightcrawlers:

Another great bait for these sort of predators is minnows. 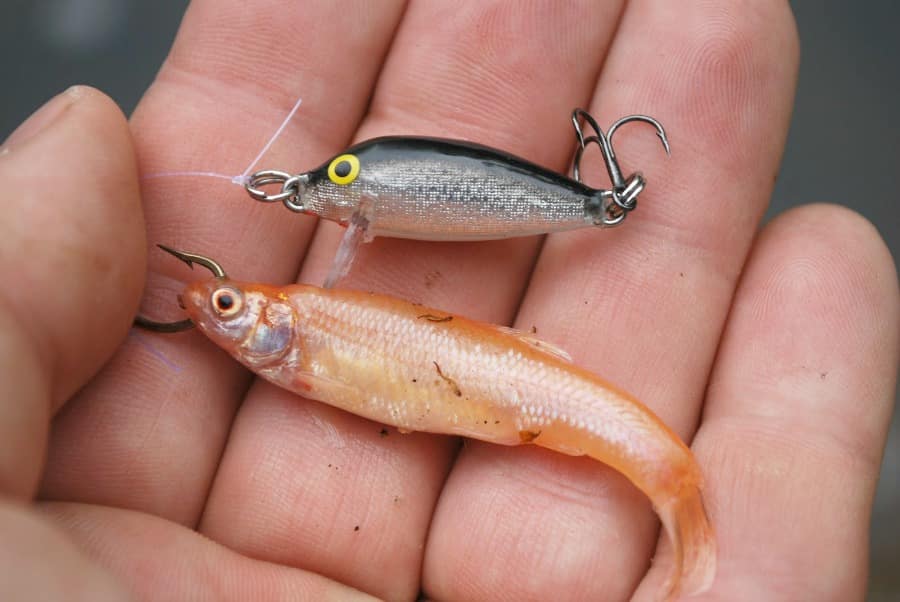 These are smaller fish that bask in the most shallow water near shores, where they form packs that actively attract rainbow trout in the wild.

The reasons why minnows are a good choice when it comes to luring trout are:

On the other hand, there are some disadvantages too when it comes to using minnows as bait:

Minnows can be acquired:

The way in which you use minnows as bait can be done by following these steps:

The reasons why these eggs are one of the best baits for rainbow trout are quite plentiful, starting with the fact that they’re a great source of protein.

That means they offer a whole lot of energy to the fish that eats them, which is why trout have gotten used to them. Apart from this, salmon eggs:

The disadvantages of using salmon eggs regard:

You can use salmon eggs with a lot of good results if you take the following advice into account:

With all the technological advances and the progress done by biologists in understanding what trout like and how they act, artificial bait can be a great solution too. 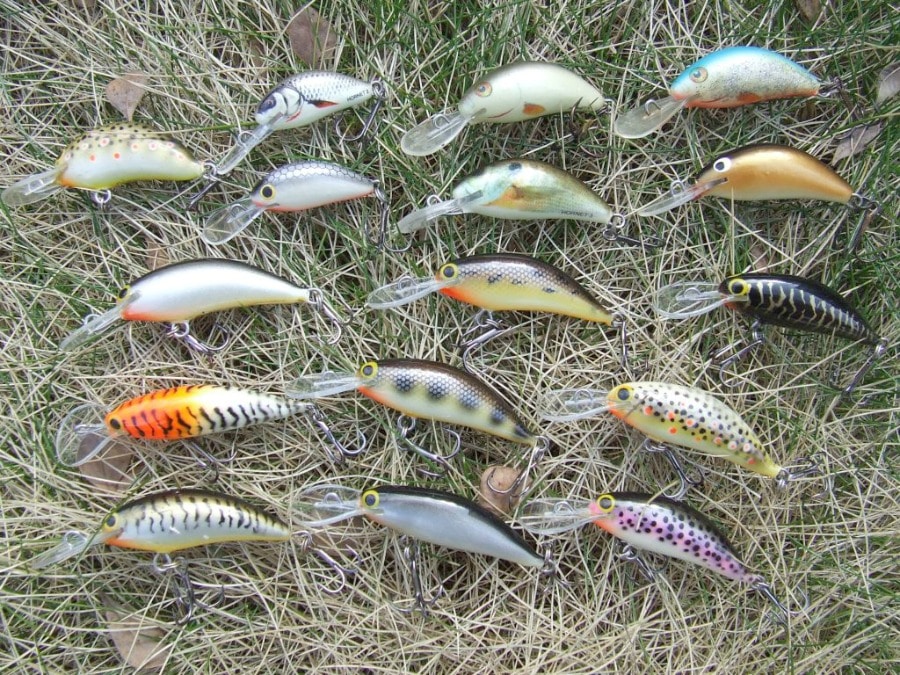 The downsides of artificial bait are:

These artificial baits can be used by following these steps:

The reasons why you should choose such a lure is that:

There are some rainbow trout that inexplicably go for insects, even when they have more appetizing food they can get. So they end up ignoring your baits altogether, which is why it’s best to be prepared with a few insects to quickly use as a lure. 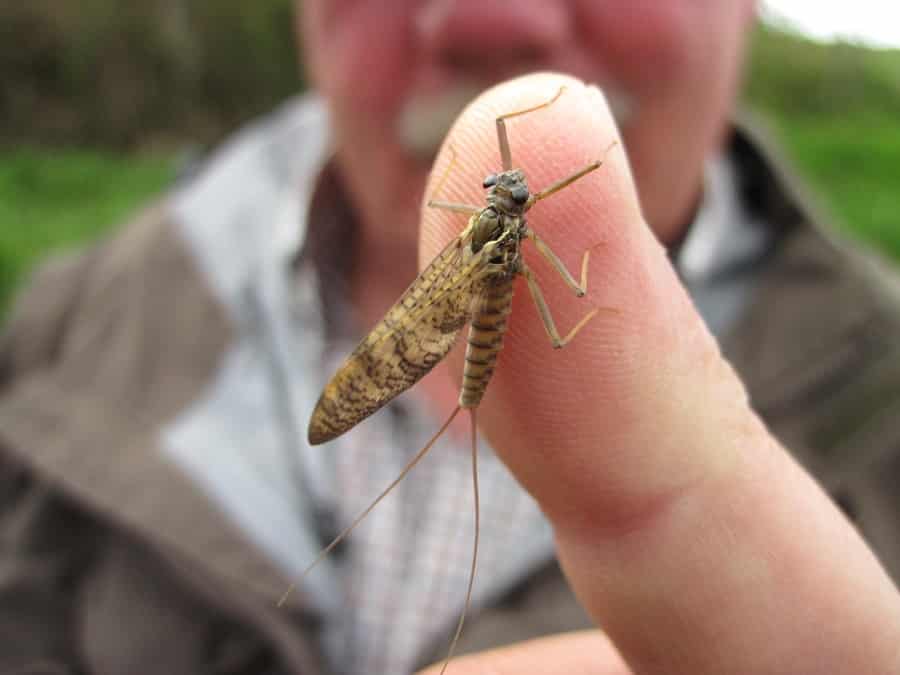 The reasons why this is a good bait are:

So how can you use insects to catch rainbow trout? Simply do what you’re doing if you’re a fly fisherman and have the right tools. Or if not:

Just remember that by using the bobber and leader, you’ll get to a bigger distance than by using the specific fly fishing equipment. For tip and tricks on how to tie the best fishing knots, see our previous post on this topic.

Where A Rainbow Trout Lives Matters

To get the most out of your bait, the fish’s eating habits aren’t the only factors to take into account. Their environments are quite important too, and you’ll have to use a different bait depending on where you’re casting.

Consider the fact that these aren’t wild trout, and they’ve been taken care of all their lives by people. 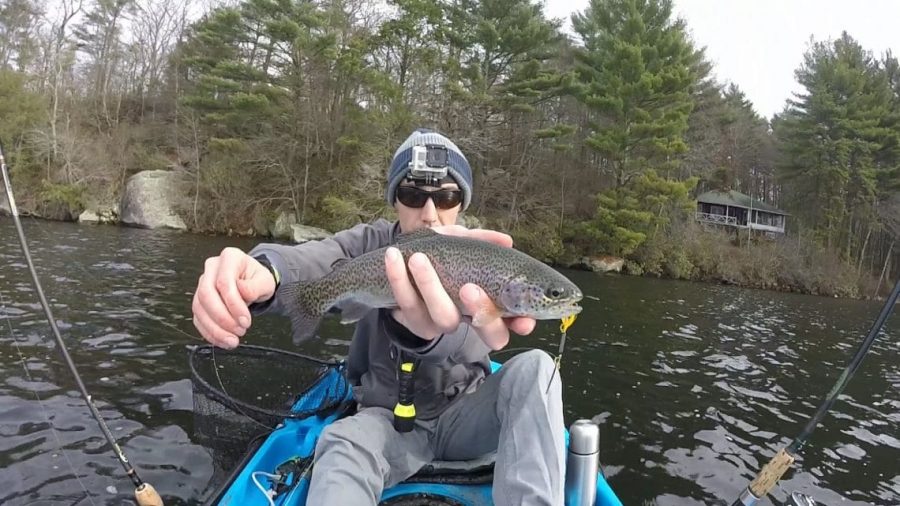 So what should you give rainbow trout in stocked ponds? Easy: what their owners feed them with.

Since rainbow trout have to decide very fast whether or not they take the bait you’ve set for them, river fishing can yield more results than lake fishing. Some anglers prefer using salmon eggs when fishing in a river since the currents will make them move. 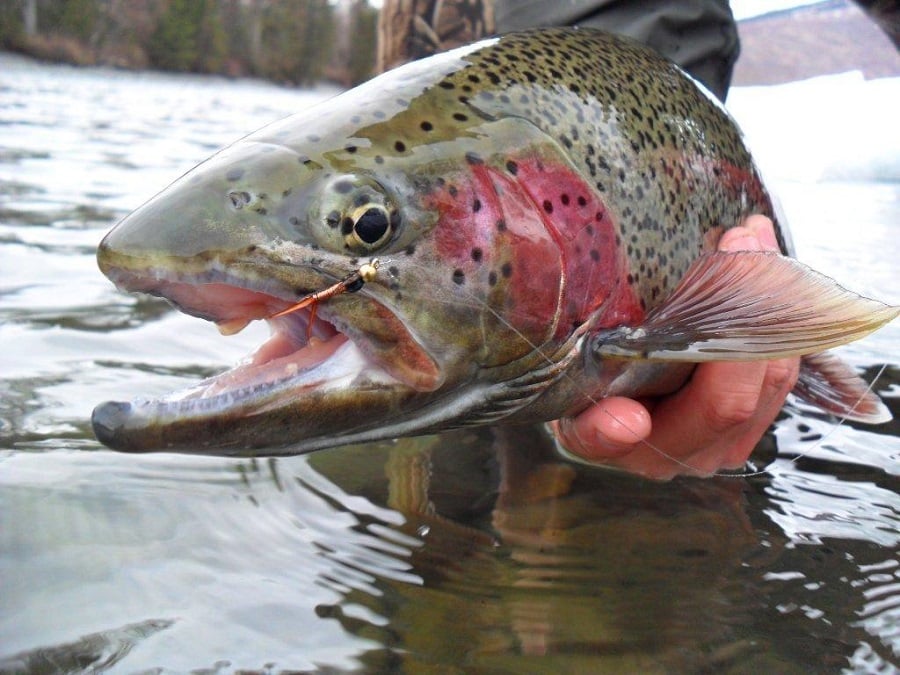 Lakes are different from rivers because they have less current activity, and because trout can take more time deciding if they want your bait. As such:

If you’re fishing close to shore, you should probably use salmon eggs or artificial bait. That’s because:

Further from the shore

If you’re fishing further offshore, nightcrawlers and minnows are recommended because:

Get The Right Bait

The good news is that wild trout will give into anything that’s shiny enough and moves around enough. It’s even a good idea to pack different sorts of baits, not just one, so you can mix and match depending on your actual conditions. 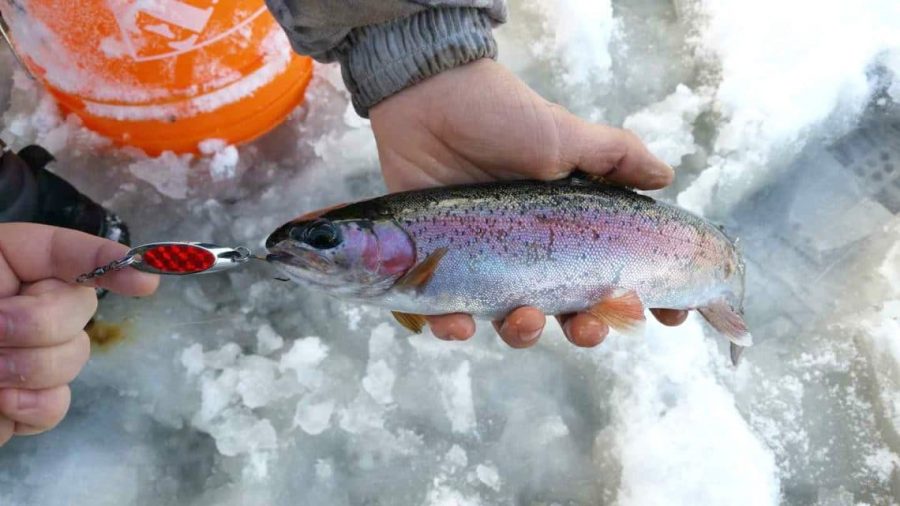 As such, it’s always best to test the waters yourself, and see how the rainbow trout in your particular area react to various sorts of baits. You may also want to invest an excellent boat so, see our reviews on the best kayak for fishing to have more options.

Another good tip is seeing what the other anglers are doing in regards to their fishing techniques and baits. Sometimes, you can do as they do with the best of results. Other times, coming up with something completely new will make the trout increasingly curious and thus pick up their predatory instincts.

For information on how to get your fishing and hunting license, see our article for more details.

What baits have you tried so far? What worked? What didn’t? If you have any interesting stories about rainbow trout fishing or some tricks you’ve used, let us know in the comments.