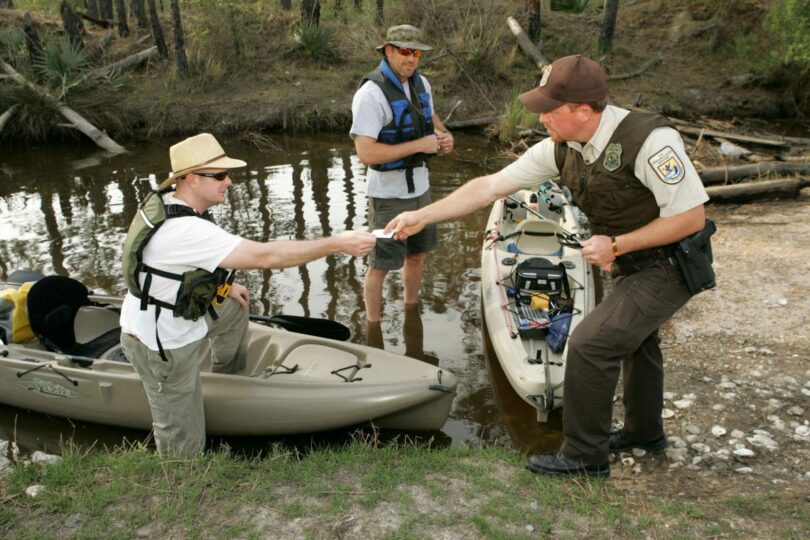 Before we begin with this guide on how to get a hunting license, it is integral you learn of the basics of hunting as well as its meaning. First off, it is the practice of pursuing, trapping or killing any animal, feral or wildlife and is commonly done by humans for recreational, food or trade purposes. There are two types: illegal, which is poaching by trapping, capturing or killing of hunted species (game), and then there is lawful hunting. Either, hunted animals are mammals and birds.

According to advocates, hunting is essential for ecological balance because such is a means of pest control in modern wildlife management, but such an activity, according to opposing groups, is the reason for speedy extinction of many animals.

Remember, guidelines and parameters on hunting differ from state to state, but in general require minimum age. For instance, no person under 12 years of age can get a license, but someone 11 years of age can get one between September 1 and December 31 if he or she is to turn 12 within that period (South Dakota).

Whereas, a kid under 16 may get a basic fish and game license FREE, but he or she should have completed the firearms safety course to qualify. And before a child of this age gets to hunt, his parent should also get a license because only with that he would be allowed to hunt. He may also hunt with a responsible adult or a guardian who has his license. Any person over the age of 12 may hunt in his or her land, but someone between 12 and 15 who seeks to hunt should complete a hunter education course and only hunt with a guardian or a parent (Georgia). Nevertheless, someone between ages 16 and 25 should also finish a hunter course before he shall be issued a hunting license.

Certain states impose hunting license exceptions. For instance, a person 65 and older and those with total disability may get a license FREE in Georgia, while several states require additional license when someone is seeking to hunt certain animals with concerning populations to the state.

Some of these animals could include fur-bearing, big game and small game animals as well as migratory waterbirds, and before you could hunt any of these, you should obtain an additional license in order for the commission to monitor the number of people that hunt them and so that they could conserve these animals’ populations.

But state-licensing commissions, in most cases, only allow the hunting of some animals during specific times of the year often referred to as “open season”. For example, residents may not need a license to seek games birds when hunting in their or their immediate family’s own land.

Many states implement strict restrictions, whether for resident and nonresident hunting licenses especially for hunting some types of animals.

Nonresident hunters can only hunt big game and small game, wild turkey and waterfowl. To be able to hunt predators, they should get a nonresident predator license (*Predators include prairie, jackrabbits, ground squirrels, gray foxes, crows, red foxes and coyotes, among others.)

In general, a person should complete a hunter course accredited by the Department of Wildlife, Fisheries and Parks before getting a hunting license – it is not lawful for someone to get a license without a hunter education. Every resident ages 16 through 64 must get a license except if he would only hunt on lands he own, while a person 65 and over may be exempted from getting a license but must have a documentation with him or her all the time when hunting.

On the other hand, any nonresident seeking to hunt in another state should get a license. But of course, rules come with exceptions all the time, and hunting rules are no different. The paraplegic, blind, multiple-amputee or totally disabled, as acknowledged by the Social Security Administration or are service-connected handicaps by the Veterans Administration do not have to get a license either for fishing or hunting purposes.

However exempted residents under these criteria should have proof of age, physical impairment or disability status when engaging in fishing or hunting activities. Now if you don’t have any driver’s license issued by any state, you can purchase a hunting license in the state where your home or place of abode is. You can make use of a homestead exemption or resident income tax return receipt (as a reference or evidence of domicile, although not at all times determinative because you may still be required full proof of residency before you be issued a resident hunting license).

Then if you were domiciled in another state, you can buy a resident hunting license, provided you submit either a current military ID card as a proof you are a member of the armed forces and you are currently stationed in a military base or a current ID card from a university or college in a state, an example if you were in Mississippi.

And for the proof of age, you may want to show either a copy of your birth certificate or a valid driver’s license.  For people looking to apply a lifetime hunting license, they should show proof that they are domiciled in the state for at least 18 months before application of such a license. But all in all, specific licenses may be needed based on the kind of game animal hunted. You can buy hunting, sporting or fishing license online, which normally requires a major credit card, including Discover, MasterCard, Visa and American Express, a printer to print the stamps, permits and licenses and a letter-sized printer paper.

Alternatively, you can buy one from an authorized license agent, including city/town clerk offices, Division of Marine Fisheries Offices, retail stores and Division of Fisheries and Wildlife Offices, or you can also purchase one over through telephone sales.

Every person resident of a state ages between 16 to 64 who is fishing in either the marine or fresh waters, such as lakes and reservoirs (except private streams and ponds), should get a license. To learn of the ways on how to get a fishing license, read the following.

Getting a fishing license is one of the steps to do as an angler before fishing, but remember, each state has regulations and standards, so it would be wise to know of these prior to the activity. In general, every state offers licenses for daily, short-term, annual or lifetime purpose and use.

Today, you can get a fishing license online at affordable costs; in fact, some states give out free licenses, while others offer a reduced fee. When you do obtained your fishing license, you can access and fish in public fishing lakes, freshwater reservoirs, rivers and streams and you can contribute to your state’s conservation programs, including habitat protection, fishery management and fishing education. Not only these benefits, but you can also help in preserving, enhancing and protecting sport fishing. In general, you will have to be at least 18 years old to get a license, but age requirements may vary from state to state. It is best checking your current state laws and regulations for fishing and check for updates before every trip because laws vary per body of water and region.

These are basically what you have to know when obtaining hunting or fishing license in which requirements, qualifications, cost and validity, among other things vary from state to state. Nevertheless, check your state’s wildlife, marine and fisheries office for current regulations before a hunting or fishing trip and when getting a license.

Now, you may be asking “Is hunting for sport or hobby bad given the fact that most hunters no longer hunt for food, but for recreation/sport purposes?” If you think hunting is just mere trapping, capturing or killing animals, it is actually more than just that.

According to experts, this activity is an important tool for resource managers in terms of managing a specific animal’s population to avoid exceeding the capacity of their habitat as well as in protecting the well-being of weaker species (prey) and human health and habitat. The carrying capacity of a place is determined by several factors, including food availability and habitat.

More so, hunting in the context of population control does not impact the yearly population of the species. If people would not hunt, predator population (Example: coyote) would increase and threat the population of weak species. See our tips and guidelines on coyote hunting tips to give you more ideas.

In addition, hunting advocates revealed that hunting could reduce intra-specific competition for survival (food and shelter), resulting to less mortality rate among the remaining animal species. Wildlife managers are often involved in regulatory and hunting offices, where they work and help set regulations as to the conditions, number and manner on how the ‘game’ should be hunted. 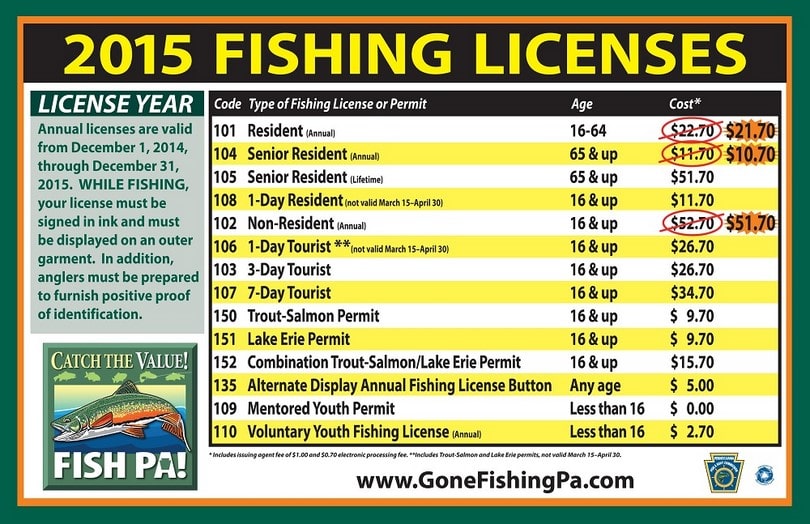 According to studies, hunting also benefits many industries, and therefore, they support hunting in most cases. Let’s take Tanzania for example. Here, it is said that a safari hunter would spend 50 to 100 times more money than an average eco-tourist.

And while an average photographer-tourist gets a luxury accommodation, safari hunters would stay in camps because they like using remote areas inaccessible to an average ecotourist. Advocates said that safari hunters also help in revenue and anti-poaching activities in the community.

Game hunting in the UK is said to be a very important source of revenue for the rural areas; in fact, the Cobham Report 1997 said that the industry was worth £700 million and lobby groups said that it would be over £1B worth in less than ten years. In the United States, hunting has a big impact for the economy because here is where many companies specialize in specialty tourism and hunting gears and equipment as well as in different hunter technologies, such as iPhone applications.

If you were seriously interested in hunting, fishing or both, you probably know by now the basics about it to get started. Definitely, you must read particular state-specific licensing fees and requirements and hunting/fishing laws and regulations as well as learn of the hunting equipment and gears you need to prepare after.

Is there any hunting tidbit, tip or licensing regulation in your state you would like to share? Feel free writing down your comments below or spreading the word about this guide by sharing it among your social circles today!

Don’t forget to check out our piece on how to choose the best predator hunting gear, ok?